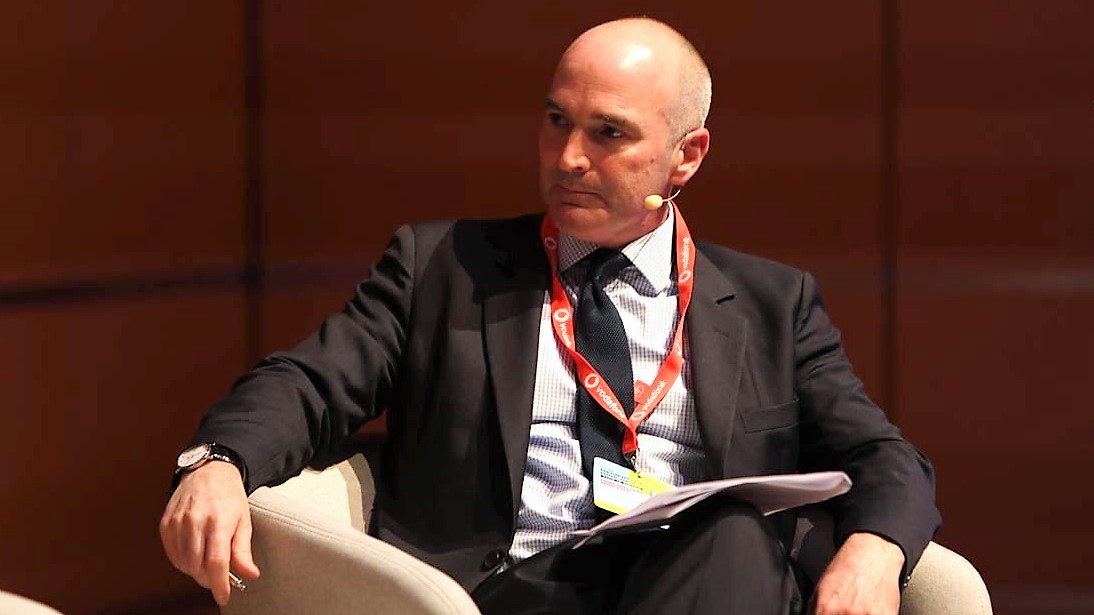 On 18 October 2022, I had the pleasure of hosting the first “UK Bavarian Online Harms Symposium” at the Medientage München. I was joined by a very impressive group of UK and Bavarian experts to discuss the many existing and future technology approaches to effectively combat online harms. This topic is hugely important to governments, businesses, institutions, and families, and I was hugely impressed by the breadth of knowledge and passion on display in the panel.

We are all – young or old, irrespective of nationality, faith or gender – increasingly exposed to online harms. These harms include hate speech, explicit content and sexual abuse.   Global internet connectivity continues to wrap ever tighter around the world, and the challenges and impacts of this corrosive content on societies and economies will be further exacerbated with users spending ever more time online or in new virtual worlds. We are convinced that innovation and technology has a positive role to play in mitigating online harms.  And it is in this space that the UK Government is keen to see the private and public sector work together, in a trusting relationship, to develop new innovative technology to help us in this fight.

This work has already started, and we are seeing an increasing number of organisations using innovative technologies, such as Artificial Intelligence, which help law enforcement, industry and schools tackle the threats.

In his first impulse talk, Ian Stevenson, director of the UK’s safety technologies industry association Ostia and founder of safety tech company Cyacomb, gave an overview of an emerging and vibrant sub-sector within the UK’s £1tr tech industry “safety tech”. This new sector is one of the fastest growing in the UK, with revenues increasing 21 % in the last year alone.

The UK now has over 115 safety tech businesses and they continue to make world-leading advances in areas such as content moderation, age verification, digital forensics, content filtering, and in detecting and countering fraud. These are essential technologies in the fight against online harms, and can help ensure a wide range of digital platforms have the tools they need to keep their users safe online.

The UK has a long and exceptional history in AI and is home to a third of Europe’s total AI companies. One of these companies, Rewire, led by Dr Bertie Vidgen, shared valuable insights in a second impulse talk about utilising the power and reach of Artificial Intelligence (AI) to tackle hate speech.  AI is already widely used by platforms to safely minimise the need for human moderators. The more pressing question was therefore not “whether” AI should be used but what a well-designed algorithm could achieve.

The more complex questions at stake where how precisely an algorithm could filter content (e.g. could it decipher irony?), how it ensures privacy rights are upheld, and where it draws the line between insult and free speech. Dr Vidgen’s company Rewire is currently supporting German national rail operator Deutsche Bahn in their fight against toxic feedback.

On the panel, Ian and Bertie were joined by Dr Thorsten Schmiege, President of the Bavarian Media Agency (BLM) and Jana Heigl from the Bavarian public service broadcaster Bayerischer Rundfunk. Ms Heigl works for the BR24 Faktenfuchs, the broadcaster’s fact checking unit which verifies claims and news that go viral in Bavaria’s social media landscape. She is able to utilise an array of (mostly open source) tools to support her in checking relevance of claims and news as well as authenticity of pictures and videos. While Bavaria’s main disinformation narratives had long been Covid related (masks, vaccination risks), much of the attention has now moved to the Ukraine war and its consequences for Germany (refugees, energy costs).

Dr Thorsten Schmiege, director at Bavaria’s media agency, BLM, highlighted that the internet is not a lawless space and that his authority has an obligation to remove harmful content. Until recently however, this has proven to be a Herculean challenge, because perpetrators had not previously faced any consequences and were free to simply repost hateful comments. Following the introduction of a new initiative however, the BLM and the Bavarian Justice Ministry are now able to swiftly report hateful comments to law enforcement agencies who will initiate proceedings.

Dr Schmiege also highlighted a recently launched AI tool that supports the BLM in detecting and removing hate speech. He emphasised that “the use of AI tools is indispensable for modern media supervision; it is therefore being developed and strengthened step by step at the BLM and in other media regulatory authorities.”. Dr Schmiege has shown great interest in mutual best practice sharing in the fight against online harms, especially around the use of innovative tools.  I am pleased to see that the BLM and the UK are already following up on these discussions and I look forward to hearing more about future collaboration.

I hope that this symposium is only the beginning of a fruitful exchange of tackling online harms, and one set against a backdrop of swifter development and adoption of safety tech. As online harms is hardly resolved on a national level, the UK is keen to support the growth of the emerging industry. Germany and Bavaria are set to be strong partners.

You can watch the full session here:

About the author:
Simon Kendall, His Majesty's Consul General in Munich (Photo above, Credit: Medien.Bayern GmbH, David-Pierce Brill, Janine Riekher, Alexander von Spreti), joined the UK Government in 1996 and has extensive experience in policy making in both international trade and internal security. His first position at UK Export Finance was followed by several international assignments, e.g. as Assistant Trade Commissioner at the British Consulate General in Hong Kong, as First Secretary at the British Embassy in Berlin and as Consul General of Her Majesty in Munich for two years (2008-2010). He played a key role in the development of the UK Government's Counter Terrorism Strategy CONTEST and the UK National Cyber Security Strategy. He worked as Director of Trade and Investments at the British Embassy in Doha, Qatar before returning to Munich in 2018 as British Consul General.